We kindly ask that you bring your letter of referral (for those statutorily insured), a list of your medication and latest blood results with you to your appointment at the practice, if possible.

Consultation hours (by prior telephone appointment)
Monday – Friday
8am – 6pm
For emergencies: at any time

The cardiology practice in the Burgstrasse was founded in October 1992 by Dr. med. U. Renner and Dr. med. J. Nisenbaum together with their former boss Prof. Dr. med. Hans Blömer, the professor emerita and former head doctor of the Klinikum rechts der Isar, the hospital of the TUM (Technical University of Munich). The building once served as accommodation for the young Mozart in 1778 when he composed the opera “Idomeneo“, premiered in 1781 in Munich’s Residence Theater.

With the establishment of the Nymphenburg Cardiac Catheterization Lab in the Dritter Orden Clinic in 1994, Prof. Dr. med. Ulrich Busch, former senior consultant and head of the cardiac catheterization lab at the hospital Klinikum rechts der Isar in 1993, joined the practice. The internist and cardiologist Dr. med. Angelika Ertl has been a member of our group practice since 1995.

After relocating the catheterization lab within the Dritter Orden Clinic into larger rooms and extending into a second laboratory, offering the possibility of electrophysiological studies, catheter ablations and defibrillator implantations, Dr. med. Markus Matula, previously lead consultant of the electrophysiological lab at Vanderbilt University in Nashville, USA, joined our group practice.

Prof. Dr. med. Heinrich Holzgreve, a former head of the outpatient clinic at the Ludwig Maximilian University of Munich, has worked as a private physician since 2003, primarily treating patients with high blood pressure.

At the end of 2013, Dr. med. Jack Nisenbaum passed his doctor’s surgery on to Dr. med. Theo Rampp; Dr. Nisenbaum continues to practice privately at the group practice.

Dr. med. Theo Rampp joined the group practice at the start of 2014 as Dr. Jack Nisenbaum’s successor. Dr. Rampp spent many years as lead consultant of a cardiac catheterization lab and senior physician of the Stiftsklinikum Augustinum. Dr. Rampp is an extremely experienced interventional cardiologist, who is proficient in all modern procedures: from stent implantations to the catheter-supported implantations of heart valves. 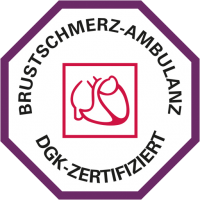 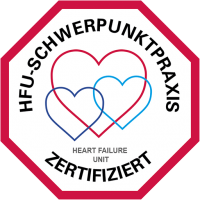